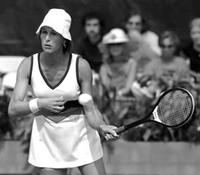 There's been way too much 70s nostalgia over the years. Yes, we all remember pet rocks. We know the words to "Afternoon Delight." We watched "Schoolhouse Rock."

But it seems everyone's forgotten Renee Richards. I'll never forget, because, as a 7-year-old, I got to watch the transgendered icon play in a tennis exhibition against Dutchess Betty Stove. Since I was only a "yute," I didn't really understand all the hype surrounding the match. I heard a lot about how Richards used to be a man. (And, to be honest, I'm still not entirely comfortable with this whole GLBT classification. Not that I wish any harm or prejudice to my transgendered brothers and sisters and brothers and sisters, but it still seems like an entirely different dilemma).

I don't hold any special torch for the former Richard Raskind; I just think it was fascinating to live in a time when women didn't want to play against women who used to be men (that was quite the controversy back when Richards joined the pro circuit. After his sexual reassignment surgery, Richards --- who would later become Martina Navratilova's coach --- competed successfully in several amateur tournaments en route to appearing in each of the Grand Slams, advancing, at age 44, to the quarterfinals at the U.S. Open in 1978). Now, men don't want to play against women who want to compete with men. Have we advanced? Hell if I know.

By the way, I had a hard time figuring out which one, Richards or Stove, used to be the man and which one was born a woman.
Posted by ATL malcontent at 11:42 PM 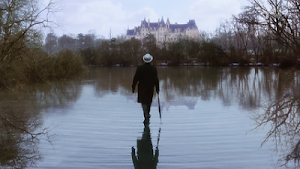